I think, even if we can’t agree on everything, most writers would agree that to continue to grow and develop as a writer you have to make sure you read. A lot.

This has never been a problem for me. I am the perpetual bookworm and always have a pile at my bedside of reading or to-reads as tall as the bed itself. Ask my partner, he’s had it landslide round his ankles often enough. He finds it cluttered and sometimes painful. I find it…comforting.

I also go through phases of re-visiting old favourites (titles and authors) and branching out into unexplored territory. So I’m never short of inspiration when it comes to reading.

Right now is summer time, which is peak time for reading in my calendar. When the weather’s good outside, the first thing I want to do is seek out a patch of grass and settle down with some music and a book. The only thing more enjoyable is being away on holiday and doing this same thing. The first reason it’s better is because the weather is almost guaranteed to be better than here in Lancashire and another is because of that wonderful headspace you get into when holiday: away from jobs, cares, chores and all that boring real-life stuff. It’s somehow easier to drift away.

I have a trip to Spain at the end of August which involves a villa and a poolside so I had the diverting, if tricky, task of narrowing down what titles I’m going to take.

After some serious deliberation, (you can’t taking holiday reading to lightly!) the ones that made the final three are Jamaica Inn by Daphne Du Maurier Longbourn by Jo Baker and Convergence by Michael Patrick Hicks. 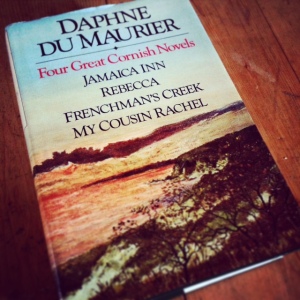 The Collected Works of Daphne Du Maurier made the cut

Du Maurier’s Rebecca is one of my favourite books. It was one of the successes to come out of my sporadic and sometimes onerous attempts to familiarise myself with the classical cannon. You can read a full report on my adventures into this sometimes fascinating, sometimes sinfully dull realm in this previous blog post, but, in short, Rebecca was one of the reasons I was glad I did and continue to try new things.

Having not heard much about her other titles, I asked around for recommendations for what to try next. I’ve heard mixed things: some people tell me all of her works are worth reading. Some say Rebecca is her best effort. But Jamaica Inn did come up a couple times as a recommendation, so I got my hands on a collected works and this is in the poolside pile. 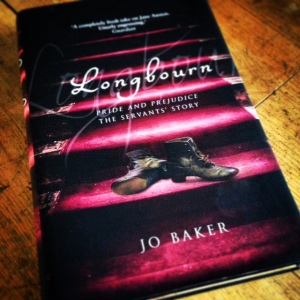 Longbourn by Jo Baker has won acclaim since its release. This is my signed copy. Oh yes.

Second is Longbourn by Jo Baker. I have had the hardback on my shelf since it was released (signed by the author too, thank you very much!). It is the tale of the servants of Longbourne, the house in which Pride and Prejudice is set. A sort of Downton Abbey take on this classic romance. Now this was a classic that did not speak to me all that much, but I know Jo’s writing and also know from reports that this is a book in its own class, something that fans of Austen will enjoy but that also appeals to those of us who put Jane back on the shelf. Since its release, it has taken the world by storm, earning rave reviews in the Times and the Telegraph and Jo places at international literary festivals and signings. There has been mutterings of a film also.

Jo also happens to be one of my tutors from university. She was a fantastic tutor, as you can imagine. She taught me a lot, not least about keeping at it and never being afraid to strike for the stars. I am very much looking forward to settling down in a deck chair with a glass of wine and Longbourn because, even though it is not the sort of book I would normally read (no space pirates?), as I say I know her writing, know she will pull me into this world with effortless ease and because every single person I have spoken to who has read it has told me what a beautiful and gripping book it is. 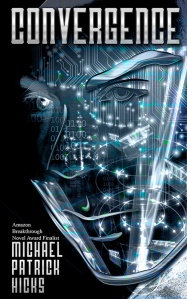 Last, but by no means least in my poolside pile is Convergence by Michael Patrick Hicks. This is action-packed science fiction at its very best, set in a world rife with political intrigue, criminality and memory thieves. Oh yes.

This is the sort of book make a beeline for in the shop and totter off to the counter with it gripped in my sweaty little mits after reading the blurb and grinning to myself in anticipation. I can’t wait to get my teeth into this little gem and since Michael was kind enough to do an advance review of Zero, my own SciFi novel (with space pirates) due for release Aug 16th, I’m very happy to have a chance at returning the favour.

Of course, since narrowing down my choices to these three, I made the mistake of popping into my local Waterstones and have since added Ash by James Herbert, Half a King by Joe Abercrombie and The Telling, also by Jo Baker (this time a ghost story, ooooo!) to this list…but I think suitcase weight limit will have to be a factor to consider when payday comes on Wednesday…

What are your reading habits? Do you save reading as a treat for a holiday or down time, or is it something find yourself doing it as your go-to pastime?

How do you chose your holiday reading and, most interestingly, what’s on your list for Summer 2014?