Greetings wonderful WordPress land and a happy Wednesday to you all!

I hope everyone is going well and enjoying the break in the weather. Or not. Oh well, spring showers aside, the year is definitely gathering steam and so am I.

Haven, Book 2 in the Orbit Series, contiues the adventures of the Zero crew and is out Oct 2015

If you haven’t been following me on Facebook or Twitter and have therefore missed my spamming, my second novel, Haven, sequel to Zero and book 2 in the Orbit Series was FINISHED and sent off to the publisher last week. It was a truly momentous feeling! After receiving some good feedback as well as good tips from my beta reader, I’m more excited than ever to share the next instalment in the series with you.

If you’ve not followed the Orbit Series so far, book 1, Zero, was released last year. It’s a character and plot-driven science fiction adventure, following Captain Kaleb Hugo, disillusioned soldier who gets reassigned to a black-ops vessel overseen by the cocky and wry Ezekiel Webb. The rag-tag crew and the questionable missions grate on Hugo to start, but he soon come to discover more than he knew was possible about the truth of the organisation he works for as well as the people that work for it.

There’s drama, action and adventure, the whole package really! It’s been described as ‘Firefly meets James Bond’ and was tremendous fun to write and has been general well-received by fans of Science Fiction and more. 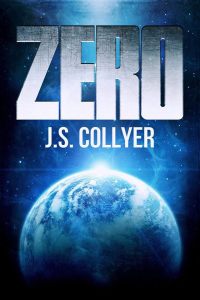 Zero was released Aug 2014 by Dagda Publishing and has blasted into the stratosphere, gaining fans of Scifi, action and general fiction alike

And now it’s time for book 2. Haven continues the adventures of Hugo, a little older and a little wiser, with another unofficial mission but a more personal axe to grind. It is out October this year and I will be clamouring for ARC readers in the coming months so if you would like a FREE ebook copy in exchange for a review to be posted on or around the release date, comment or get in touch through any of the ways on my contact me page.

So whilst Haven builds up its own head of steam, for me it’s time to get on with the next project. Well, three projects actually. Starting another novel and completing two short stories for exciting new anthologies are the next missions on my list. Itching to spout details all over the place but sadly it can only be a tease right now. Do stay tuned and keep an eye on Facebook & Twitter, because I will be spouting the minute I’m allowed to spout.

Digi-Con in Doncaster is on Sun 21st Feb and promises to be a great event for all things out of this world. See you there!

I shall finish on another event announcement: I’ll be attending Doncaster Comic Con in February 2016! I love Yorkshire and I love events even more (there’s MILLIONS! Who would have known? Very much enjoying of uncovering this magical world of conventions) so I can’t wait to attend. Looks to be yet another great event with stalls and stars, the whole shebang. It’s on Sunday 21st Feb so I do hope to see you there!

For details of all my upcoming events at which I will be selling & signing copies of my Orbit Series books (Haven will be with me at every event past October 2015) as well as limited edition swag such as badges and bookmarks, check out my events page. The best part of conventions and festivals is talking to fellow fans of the fantastic, so do swing by and say hi if you’re going. I love it!

May the weekend wing round quickly for all of you, folks. Thanks for checking in with me on this wet Wednesday.

Peace & love and lasers to you all!