James faces up to what he’s done. All Ye Faithful Part 9 below.

I shall post all 12 parts over the next 12 days, the conclusion on Christmas Eve. Merry reading, all!

**Please note, All Ye Faithful is an LGBT romance, M/M to be precise, and contains some strong language and adult content, so may not be to everyone’s taste. If this is not your thing please scoot along to my All Publications, Short Fiction and Flash Fiction pages for other things that might be more to your taste** 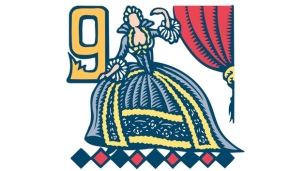 James stared at the dark wall with his pulse throbbing in his ears and temples. The muffled sounds of other guests moving around in the room next door had long since silenced. The air was still and smelled of clean sheets and hotel nothingness. He checked his phone again and saw it had gone one in the morning. He turned onto his back, staring up at the shadowy ceiling, but his mind still raced and his muscles ached with tension.

He sat up, rubbing his forehead and swearing into the silence. He sat fighting himself for two long minutes. Then he pushed back the covers, dressed and left the room. Not even as he walked up the stairs to entrance of the Winton Police Station did he admit to himself what he was doing there. After showing his badge the duty sergeant showed him through to the cells with a raised eyebrow but no comment. He unlocked Leo’s cell. James stepped in and the door closed and clicked behind him.

The light was on. Leo was sat on the hard bench, leaning against the wall. There were dark shadows under his eyes and the lively green of his eyes had dulled to stagnant colour of pond water. “What the hell do you want?”

That was the question, James thought bitterly. He opened his mouth to speak, couldn’t find anything waiting to be said, rubbed his mouth and stared at the floor. “I couldn’t sleep.”

“I wanted to speak to you.”

“Well that makes one of us.”

“Leo,” he started again, daring to take a step closer.

“I’m not helping you with his one,” Leo snapped. “You’re supposed to feel guilty. That’s what happens when you screw someone over.”

“I screwed you over?”

“Literally hours after you finished screwing me. Guess you wanted to make a complete job of it, huh?”

“They found your damn cigarettes at the trailer. There’s five minutes of the kill window you’ve got no alibi for.”

“Check with the fucking store – ”

“You were at the store eleven fifty-three to twelve-oh-two,” James said in a low voice. “That still leaves eight minutes.”

“And that’s enough time to have shot Renny and got back to town?” his face was crumpled in a mix of annoyance and exasperation James desperately wanted to believe was genuine.

“What am I supposed to think, Leo?” he said, voice tinged with anguish. “I’m a cop. You had motive, means and opportunity and you’re using me as your cover.”

“I didn’t kill anyone, you idiot,” Leo stood, face flushing hot with anger. “What the hell do you think I am?”

“I what?” his green eyes blazed.

“All that shit about Torez’s argument with Benson – ”James stopped himself and took a breath to steady himself. “You need to tell the truth, Leo. You’re only going to make it worse for yourself by holding out like this.”

“The truth about what?”

“About what you did Christmas morning,” James pushed, keeping his tone without inflection with an effort.

Leo’s fists clenched then unclenched. He chewed on the inside of his cheek, then transferred his glare to the wall. “Ok, I was there. But earlier. Breakfast time.”

“You were at Muntz’s trailer Christmas morning?” James said, feeling his heart sink. “Why?”

“The guy’s on his own,” Leo snapped. “It was Christmas day. I went to say hi. We had coffee, smoked a few cigarettes. But then I left. He was alive. He was fine.”

“You told me you’d be sleeping in.”

“Didn’t you think that was odd? Your boss murdered two days before and it didn’t come up in conversation?”

“I didn’t think about it,” Leo insisted, spreading his hands. “He’s an Elvis fan. We talk about Elvis. It’s the only thing we ever talk about.”

“Was there anything odd about him that morning?”

“Anything specific? Did he seem preoccupied? Did he say he was expecting someone?”

James chewed on the silence a moment. “What time did you leave?”

“Am I fucking laughing?” His face was taut. “It was eleven thirty. I looked at my phone and realized I’d stayed too long and needed to get the groceries.”

“Did you see anyone coming? Any cars, or anyone walking up the road?”

James rubbed his forehead. “Why didn’t you tell Gibson all this?’

“She didn’t give me the chance. She only asked about eleven forty-five onwards. I was in the store…at least, I thought I was in the store. And then with you, if you care to recall.” His voice was edged like a knife. “I didn’t fucking kill anyone.”

James stared at the wall, mind still racing, palms itching. He tried to decide if he was making the situation better or worse. He tried to remember when he’d lost the ability to know the difference.

“You’re in trouble aren’t you? For yesterday?”

James looked up, startled by the change in his tone. Leo’s usually-animated mouth was a flat line, but his eyes were again regarding James in that penetrating, level way that made him feel he could see directly into the darkest corners of himself.

“Not nearly as much trouble as you.”

“Jesus, James. Someone shows you they’re into you and your only explanation is that they’re using you as an alibi for a murder?” Leo shook his head, staring at him in disbelief. “What the hell happened to you, man?”

James’s skin flushed hot then cold. He had his hand raised ready to knock on the door and summon the duty sergeant when Leo took a step closer, a desperate look transforming his face.

“Come on, James. I couldn’t have done these things. I had no reason – ”

“Torez is your reason.” The venom in his tone caused Leo to blink, then his brow darkened.

“Is that what this is about? You’re jealous?”

“No,” James interjected quickly. “It’s about you using me as an alibi for killing someone.”

Leo folded his arms. “Yeah, that’s right. Torez and Rachel Benson were at it behind Benson’s back. Started right after we broke up. That’s why they fought. You didn’t know that? Aren’t you supposed to be a detective?”

“You were sleeping with him, dammit,” James cried, unable to hold back the surge of feeling. “And you never said. You lied.”

“You know what,” James interrupted. “You’re right. I am an idiot. An idiot to ever think you ever wanted anything other than to use me.”

“So, implicating your ex in a murder? What was that? The selfless act of a concerned citizen?”

“Don’t lie,” James cut in, taking a step closer to him. They were inches apart. Leo’s eyes widened. The anxiety in them coupled with the mixed smells of tobacco and peppermint made James have to fight to remain in control. “Don’t lie any more, Leo. Please.”

“Ok,” the other said, swallowing. “Ok, maybe, in the beginning, in the smoking area…” He looked away and had the grace to blush. “Maybe then it was just about getting you to look into Torez. But not for the reasons you think. And everything after that? The beach, dinner at Buck’s? Christmas? That was nothing to do with Benson or Torez, you five-star moron.”

“Then what was it about?” James growled.

His fine brows raised. “You seriously that obtuse?”

“It was because I liked you, dickhead.”

James swallowed. “I don’t believe you,” he murmured, desperately searching the other’s face for…he didn’t even know what.

A low heat flickered in Leo’s eyes. “Shit like yesterday doesn’t just happen. At least not to me.”

“That’s not what others are saying.”

“What?” he scowled, the heat extinguished quicker than a candle dropped into water. “You mean the car crash that was me and Ray?”

James glared in return. “If it was that bad, why’d you let it go on?”

“Why is that even remotely your business?”

“Because I’m the agent trying to establish whether you murdered two people over this man.”

Leo chewed his lip a long moment. “I thought he liked me.”

“So you’d put up with a car crash of a boyfriend just because he said he liked you? And you think I’m messed up?”

Leo frowned again. “I didn’t know it could be good, ok? The guys I’ve been with…” he made an impatient noise. “Men that are into me always tend to be escaping something. Or escaping themselves.” He gave James a long, heavy look. James let out a long, shaking breath, staring at the floor hard. He wished his pulse would calm so he could think straight. “James, look at me.” He hesitated then met those impossibly green eyes, now wide, alight with a mixture of desperation and hurt. “You must know I didn’t do this. I thought you got me better than that.”

“I fucked you. That’s different.”

Leo’s face creased with rage. He raised a fist. James tensed but the blow never came. James watch Leo fight his arm back down by his side. “If I didn’t already know how long that would land me in here for, I’d’ve done it.”

James grimaced at the sudden sour taste on his tongue. The shame was hot on his face, the anger at the shame burned fiercer in his belly. “You need to confess,” James forced out of his tight throat.

James left, feeling ten times worse than when he’d arrived and went to find an all-night diner, bar, anything open, knowing there was no chance of any sleep.

The writer, not the Mexican pop star