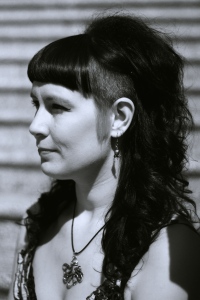 She studied Creative Writing to MA level at Lancaster University. Since then she has had her short fiction featured in several online publications and printed anthologies.

Her first novel, Book 1 in the Orbit Series, Zero, an action-packed, character-driven SciFi novel described as ‘Firefly meets James Bond’ was released by Dagda Publishing in 2014 and made it into Northern Soul Magazine’s Best Reads of 2014.

She enjoys writing stories that are larger than life, but with down-to-earth, relatable themes and characters.

– The Orbit Series is available for Kindle or as paperback from Amazon. –

Some of her Flash Fiction and Short Fiction  is available for free right here on her WordPress.

Want to get in touch? See the Contact Page!

54 Responses to About Me